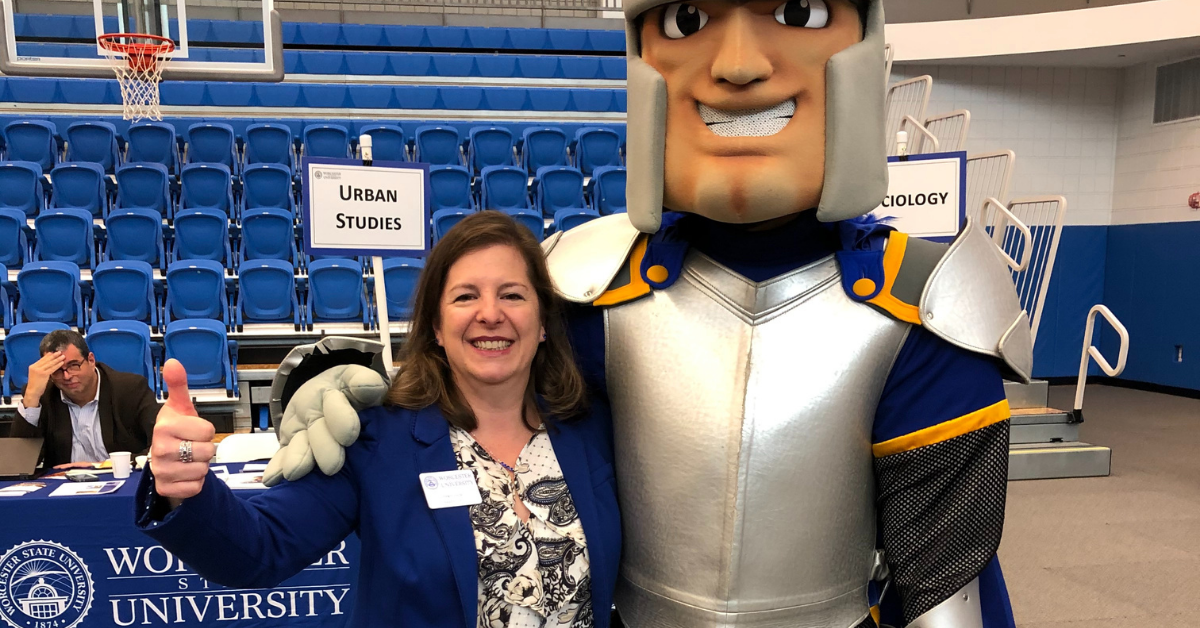 For Dawn Eades, Ed.D., it’s been a journey to arrive at Worcester State. As a Pawtucket, Rhode Island native, she left home to attend Plymouth State University in New Hampshire, made a quick stop at Clemson University for graduate school, and then made a 3,000 mile move across the country to LA to work at Loyola Marymount University.

“Because I was young and single and could do anything and go anywhere, I decided to go to LA because I could. It was a two year position, and I knew that if I didn’t like it, I could survive two years.”

Loyola was perfect, but it was far. With roots in New England, and a feeling of homesickness that a view of the Pacific Ocean just couldn’t cure, it was back on a plane to the Northeast. Time at Bentley University, Northeastern, over a decade at MCPHS, and completing a Doctorate in Higher Educational Leadership at Johnson & Wales University prepared Dawn for her role as Associate Dean of Student Engagement.

“I ended up here, and it’s the best decision I made. I’ve learned how much fit matters. I thought I had a fit [at my previous institutions], and it’s not until you have that fit that you realize it’s very different.”

A First Gen Frame of Mind

When asked to reflect on how her identity has impacted her leadership style, Dawn was quick to mention that above all else, she identifies as a first-generation student, or first-gen. A first-gen student is someone who’s parents and/or guardians have not completed a bachelor’s degree; they are the first in their family to attend a four-year college.

“That [first-gen identity] has framed everything for me. It’s given me a piece of compassion, so when I hear a student's struggles it resonates. And I think I know to ask difficult questions in a way that helps them be comfortable because I understand. When I’ve helped students whose parents are in jail or can’t afford not just school but all those little things, the books, and the food, and all these insecurities...I help them take a step back and we figure out each piece.”

But with that compassion and understanding comes a tough love mentality and awareness that as a student affairs practitioner, skill development and self-improvement never ends.

“I have to be cognizant of that, because things have changed. I [used to think] that if I pushed through, I think anyone can. But not everyone’s me. I have to sometimes soften a bit, and realize I have to meet students where they’re at.”

“I never shared I was first-gen, ever,” she reflected. “But as I got older, I realized that it was a badge of honor, something that should be shared and celebrated. It’s allowed my relationships with students to flourish more because they realize I’m more human.”

“I realized there is no information on first generation students and what happens after ]they] graduate from college. You are first gen in your first job, you are first gen in your next job, and you’re still learning and still not getting the guidance from home. How do you come from where you were the first in your family to go to college to becoming one of the most highly regarded positions at a university? How do you get to that point?”

The answer was mentorship.

This past spring, Dawn presented a workshop at the Leadership Symposium titled Women in Leadership: Navigating the Labyrinth, which focused on the low numbers of women in leadership positions in the U.S. and how men and women can work together to increase opportunities for women.

“It’s a labyrinth, and you have to learn how to navigate it in a way that works for you,” Dawn shared. “You need mentors; you can’t do it alone. You have to look at the ones who have broken down those barriers and then talk to them and say ‘how’d you do that?’ My mentors have paved the way for me, [and now] my job is to pave the way for other women.”

Men can also be doing more, says Dawn. “I can’t say that enough. White men, those with the power, I think need to open the doors for women. They have the power to make it possible. When you have both men and women at [executive] levels, systems run better. Everything gets better.”

Despite the monumental amount of research proving that women are still underrepresented in senior level and executive leadership positions, Dawn is proud that Worcester State has women in high-level leadership roles.

A mentor is a person who provides guidance, support, and coaching to another person through establishing an engaging relationship and acting as a role model. And the importance of mentorship was a common thread through many of Dawn’s stories and experiences.

“It’s important to get that tough feedback, and important to get it at a young age,” Dawn explained. “You need to find someone you respect and look up to, because when you get the feedback you know it comes from a good place. The better mentor is the one who challenges you.”

While it’s important to find a mentor, it’s equally important to remember that you can be a role model for someone else.

“Find out the qualities that [your mentors] have and then incorporate that into what you do and into your life. Ask yourself, what would my mentor, my role model, do in this moment? It starts to frame who you are going to become as a leader. Never forget that the more you do that, others are looking at you as their leader, and they’re starting to emulate and pick out qualities that you have.”

“Also,” added Dawn, “you can’t be everything to everyone. Who I look up to, my mentor, for others he was not the leader they looked up to. So that’s the beauty of leadership; you have qualities that attract you to some but it may not be everyone and that’s okay. That’s the beauty of us all being different. You can’t be everything to everyone but you can be a whole lot to a small population, and I find that meaningful.”

When asked for her advice for students who are just beginning to explore the type of leader they are, Dawn had powerful words.

“Every student has the potential for leadership. It’s something that grows and develops and you work on and you learn; it’s ongoing. I don’t think anyone should ever dismiss it and say ‘I could never do that, it’s not for me.’ It is for everyone. Believe it or not, no matter who you are, you have exhibited some type of leadership at some point and somebody noticed. Always remember that.” 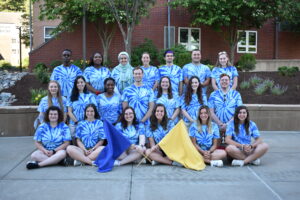 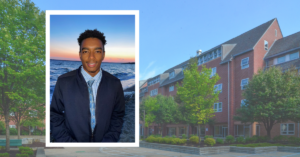