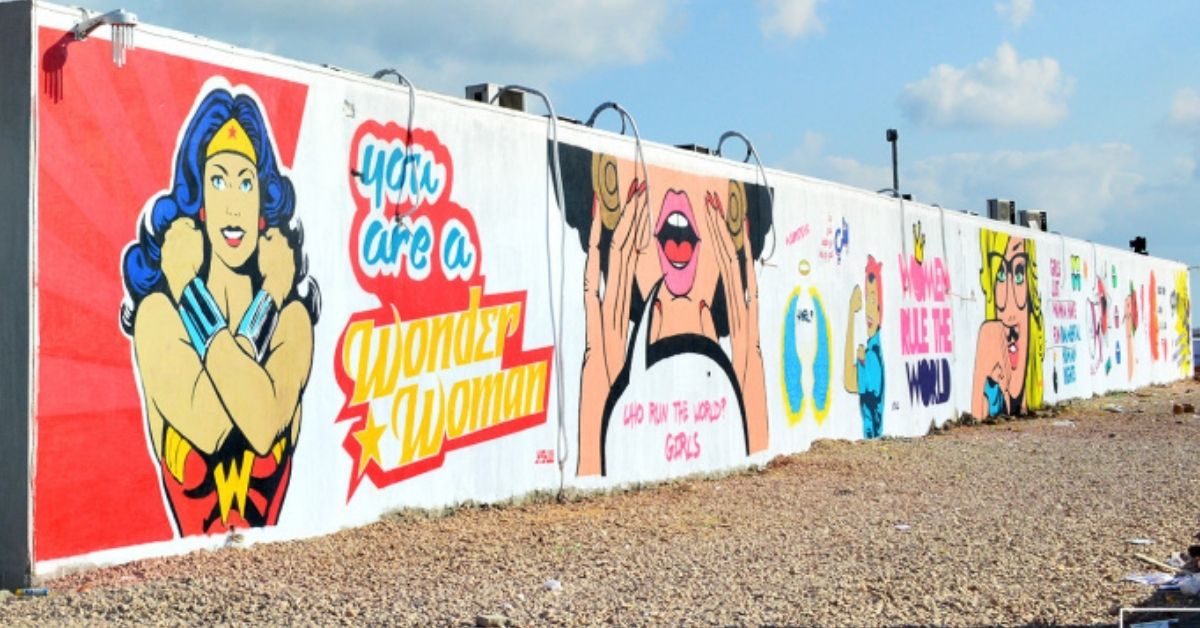 A vital part of our mission is leadership. LEADERSHIP IS MAKING CHANGE.
This month: Celebrating Women's History Month

Following our Leadership is Making Change post, which was written in response to the many stories of racial inequality that plague our country, the Office of Student Involvement and Leadership Development at Worcester State University made a vow to provide support for and education about marginalized cultures and identities. Marginalized populations are defined as "groups and communities that experience discrimination and exclusion (social, political and economic) because of unequal power relationships across economic, political, social and cultural dimensions."  The Making Change series features monthly posts that share historical backgrounds, educational resources (to read, watch, and listen), and activism opportunities centered around a specific culture, identity, or community.

Our goal with our March post is to Celebrate Women's History Month. In honor of this month we celebrate the contributions of remarkable women in history and present day.  Too often, women were unsung heroes of our history and sometimes their contributions went unnoticed. This month we are proud to celebrate the achievements, leadership, courage, strength and love of the women who built our world, acknowledging these successes to be as vital as that of the men whose names we know so well.

Self Made
Netflix
Inspired by the true story of Black hair care pioneer Madam CJ Walker, this show details how the businesswoman (played by Octavia Spencer) went on to become America’s first Black self-made female millionaire.

Glow
Netflix
Inspired by the real-life Gorgeous Ladies of Wrestling, a women’s professional wrestling group that was founded in the 1980s, this show follows a motley crew of young women (aspiring actresses, stuntwomen, models and more) who come together for an unexpected project.

On the Basis of Sex
Amazon Prime
The true story of Ruth Bader Ginsburg, her struggles for equal rights, and the early cases of a historic career that lead to her nomination and confirmation as U.S. Supreme Court Associate Justice.

How History Erases Women
Bogolo Joy Kenewendo, TEDTalk
Today, more than ever before, we have more publicly active women participants in leadership. The women leaders of today stand tall on the shoulders of women past. But where are these women in our history books, in our stories? What if we are currently living in a Woman Era, a period of women leadership? What do we need to do to ensure that those presently making history in this Woman Era won’t be erased? We travel with her through history as 32 year old Bogolo Kenewendo, former Minister of Investment, Trade and Industry in Botswana, reflects on incredible women who have laid the foundation for today’s Woman Era and challenges us to ensure that the Woman Era stands the test of time.

Remember The Ladies: The Importance of Women's History
Emily Krichbaum, TEDTalk
Currently, less than 10% of American history curriculum focuses on women. And, of that 10%, 60% highlights American women as the helpmate and domestic partner. How are these selected historical examples shaping the attitudes of young boys and self-esteem of young girls? What would happen if we included more and more diverse stories of American women in American history--and young girls begin to see themselves in the curriculum they study?

I May Destroy You
HBOMax
This deeply probing and unsettling British series fictionalizes the story of writer/star Michaela Coel’s own sexual assault, and chronicles the lead character’s struggle not just to piece together memories of the assault, but her journey towards overcoming the trauma.

Vida
Starz
Set in the Eastside neighbourhood of LA, this show follows two Mexican-American sisters who inherit a failing bar from their late mother. In dealing with gender identity, sexuality, gentrification and grief, Vida adds multiple layers to this complex sibling drama

Betty
HBO
This new HBO series is a spin-off of Skate Kitchen, a 2018 film about a group of female skateboarders in New York City. The story is inspired by a real-life group of teenage skaters, some of whom starred in both the film and the series.

Shrill
Hulu
Saturday Night Live’s Aidy Bryant plays the lead in this series about a plus-size woman working at a magazine in Portland, Oregon and her journey of personal and professional empowerment.

Encyclopedia Womannic‪a‬
Thinking back to our history classes growing up, we had one question: Where the ladies at? Enter, Encyclopedia Womannica. In just 5 minutes a day, learn about different incredible women from throughout history. In Wonder Media Network’s brand new podcast, we’re telling the stories of women you may or may not know -- but definitely should.

The History Chicks
The History Chicks have been telling the stories of great women throughout history since 2011. As they say in the introduction, this is not your boring old history lesson. Two women. Half the population. Several thousand years of history. About an hour.

2 Dope Queens
Hosted by actress Jessica Williams and comedian Phoebe Robinson, the podcast aired between April and November 2018. Over their 49 episodes (and 20 bonus episodes), the "2 Dope Queens" podcast employed a largely female staff. The two discuss hair and politics, women, anger and motherhood. Michelle Obama even stops by.

That's What She Did

This series features women who you haven't heard about, but definitely should pay attention to. As the title suggests, That's What She Did is about women who can be judged not just by their words, but by their awesome actions. Learn about someone new and then share the stories with your friends.

An Acquired Taste Podcast
Every week Bethany and Kathleen get together to chat about their lives and what's weird in the world, and they're inviting you to join them! Pull up a chair. Pour yourself something warm or bubbly. There's room at the Tastebud Table for everyone.

Becoming
by Michelle Obama
In a life filled with meaning and accomplishment, Michelle Obama has emerged as one of the most iconic and compelling women of our era. As First Lady of the United States of America—the first African American to serve in that role—she helped create the most welcoming and inclusive White House in history, while also establishing herself as a powerful advocate for women and girls in the U.S. and around the world, dramatically changing the ways that families pursue healthier and more active lives, and standing with her husband as he led America through some of its most harrowing moments. Along the way, she showed us a few dance moves, crushed Carpool Karaoke, and raised two down-to-earth daughters under an unforgiving media glare.

The Secret History of Wonder Woman
by Jill Lepore
In this book about the popular superhero character, we learn the parallels between Wonder Woman and the fight for women’s rights. Lepore argues that Wonder Woman is a kind of missing link in our rights’ history, and details the creator of the comic book hit and his own relationship with powerful women. If you like superheroes and educating yourself on women’s rights, this is a must-have on your bookshelf.

We Should All Be Feminists
by Chimamanda Ngozi Adichie
In this personal, eloquently-argued essay—adapted from the much-admired TEDx talk of the same name—Chimamanda Ngozi Adichie offers readers a unique definition of feminism for the twenty-first century, one rooted in inclusion and awareness. Drawing extensively on her own experiences and her deep understanding of the often masked realities of sexual politics, here is one remarkable author’s exploration of what it means to be a woman now—and an of-the-moment rallying cry for why we should all be feminists

Moment of Lift
by Melinda Gates How can we summon a moment of lift for human beings―and especially for women? Because when you lift up women, you lift up humanity. For the last twenty years, Melinda Gates has been on a mission to find solutions for people with the most urgent needs, wherever they live. Throughout this journey, one thing has become increasingly clear to her: If you want to lift society up, you need to stop keeping women down. In this moving and compelling book, Melinda shares lessons she’s learned from the inspiring people she’s met during her work and travels around the world. As she writes in the introduction, “That is why I had to write this book―to share the stories of people who have given focus and urgency to my life. I want all of us to see ways we can lift women up where we live.”

Prayers for the Stolen
by Jennifer Clement
Ladydi Garcia Martínez is fierce, funny, and smart. She was born into a world where being a girl is a dangerous thing. Here in the shadow of the drug war, bodies turn up on the outskirts of the village. School is held sporadically, when a volunteer can be coerced away from the big city for a semester. In Guerrero the drug lords are kings, and mothers disguise their daughters as sons; when that fails, they “make them ugly”—cropping their hair, blackening their teeth—anything to protect them from the grasp of the cartels. Despite it all, Ladydi tells a story of friendship, family, hope, and determination.

Sula
by Toni Morrison
Nel and Sula’s friendship takes an ugly turn when they’re separated during young adulthood. After reconnecting years later, the once-inseparable friends quickly discover that they’ve both drastically changed. Nel, an outstanding member of her community, is a stark comparison to Sula, a woman who has rejected society’s norms to live an unconventional life. Nel and Sula’s bond is tested by the very challenges that once drew them together—family conflicts, societal expectations, and experiences of racism. While the duo remains loyal to their memories of each other, a secret from the past is revealed that could destroy all they cherish. 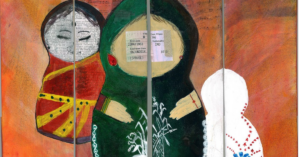 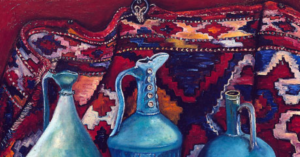